„A RETRO CRUISER WITHOUT THE RETRO ISSUES“

The Rover 75 was launched at the 1998 Birmingham motor show as a replacement to both the Rover 600 and 800. But instead of Honda,  this time the partner in crime for development was BMW. The retro designed 75 went up against the equally retro Jaguar S Type although in a lower price bracket. The 75 was looked upon favourably by car journalists of the time describing it as a mini Bentley.  In 2003 Rover also launched the sports variant the MG ZT. In the final years both cars were fitted with a Ford sourced 4.6 V8 and RWD. The 75 had the unfortunate honour of being the final car Rover developed with the company seizing operations in 2006.

This variant is of a desirable vintage – a pre project drive V6 Connoisseur. Fitted with a good specification and the largest engine option available before the V8, the 2.5 litre Rover developed KV6. This is a charismatic British saloon riding on German underpinnings. Sharing the rear set up with the BMW Z4 it is also a more spirited drive than the looks suggest. It is of higher mileage having done nearly 140 000 miles, however coming from a good home all of the main expenses have been taken care of. 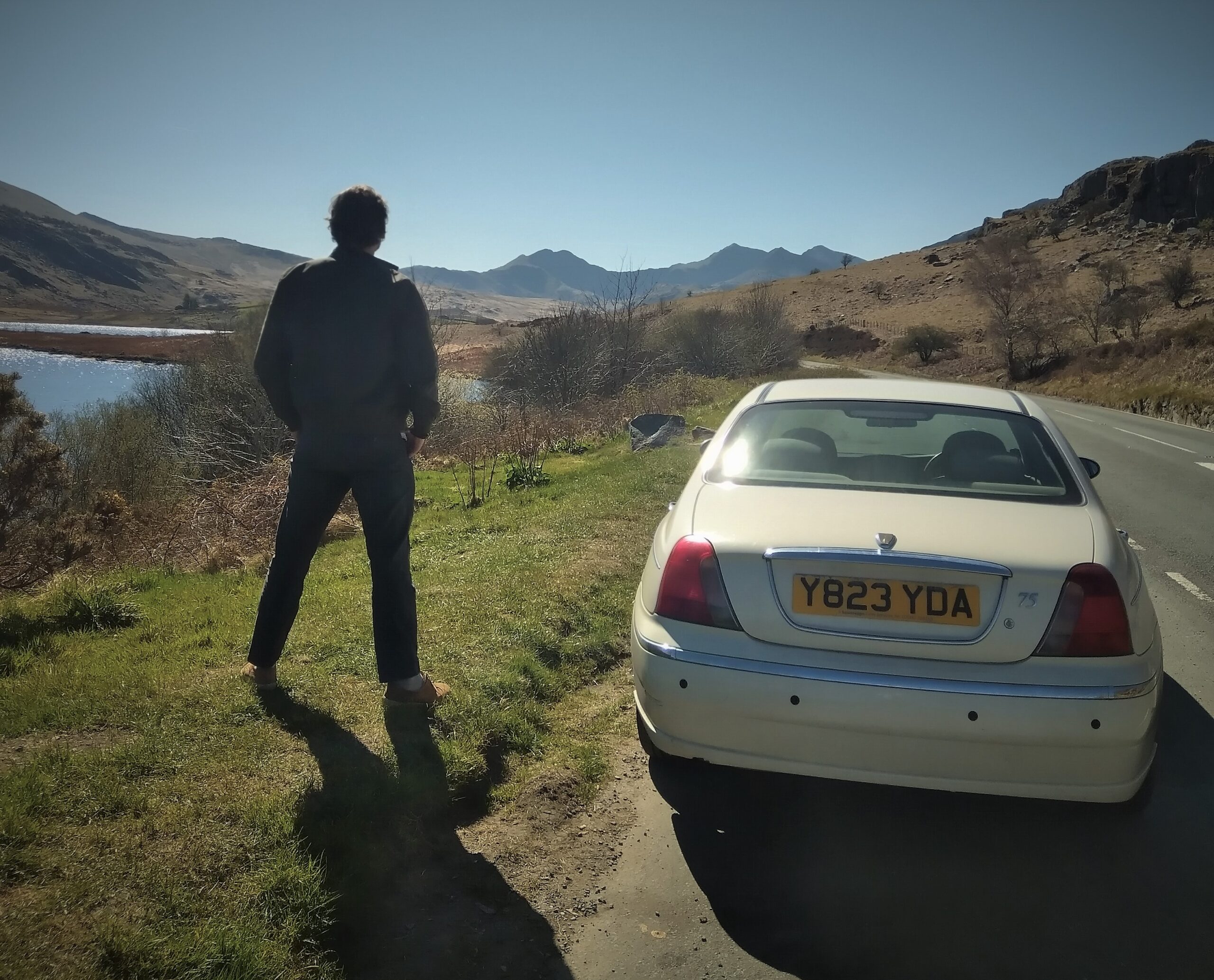 This 75 was my first car in the UK, I was initially planning to get an Alfa or a Jag but as fate had it, I ended up with an old Rover. It’s a really charismatic car to own, it grabs looks and starts conversations. The engine also makes a lovely noise. Ownership costs wise it is also cheaper than the alternatives and parts can still be found, although some more specific items might have to be ordered from the UK. I’m now saying goodbye to it because I’m going for a V8 Jag, I wish I had space to keep the old girl but unfortunately, I have to give her up. Great chance to own an appreciating modern classic.

„Finished in Old English White this Rover is quintessentially English“

This 75 is finished in Old English White which could be seen on mid-century Bentley’s, MG’s and other British cars of the era adding to the retro appeal. The paint does need some TLC mainly on the bumpers and on the rear doors. The chrome trim is also in good condition.

The car comes with 15inch Crown Alloys which might not be the sportiest looking examples, but the thick sidewalls do add to the retro looks as well to the ride quality. The car comes with recently fitted Bridgestone Turanza T005s (currently the rear left is a Falken tire a Turanza T005 will be fitted before the sale)
The glass and trim are in good condition all round, however, some attention will have to be given to the trim surrounding front windshield in the future .

The interior is finished in sandstone tan leather and wood. This being before Rover cheapened some materials, all of the wood and leather you see is real. There is contrast piping on the seating reminiscent of Rolls Royce or Bentley in the 60s. Fun fact the font on the gauges is the same that is used on the gauges on a Supermarine Spitfire in which the centre dash clock would also not look out of place in.

The car is equipped with dual zone climate control, electrically adjusted and heated seats, electric windows and rear parking sensors. There are some age related marks, notably a tear in the driver’s side seat bolster. The steering wheel would also benefit from a re-dye. The dashboard and the wood are in good condition with no cracks to be seen.

On the drive the Rover is a comfortable cruiser. The charismatic V6 has power lowdown, however thanks to the VIS (variable intake system) it also rewards you when you rev it out. The 75 is not a sports saloon, however with a kerb weight below 1500 kilos and sophisticated suspension it is capable of taking corners with respectable composure. The Alfa 156 is a slightly sportier drive, however it does not match the 75 in overall comfort.

The engine has slightly over 139 000 miles on the clock. It had a belts and plugs replacement as well as an oil change done less than 1000 miles ago. VIS motors were changed 5000 miles ago which means the engine is running full power. There is also a cruise control throttle body fitted which means cruise control can be retrofitted which the current owner did not get round to.
There is a Klarius back box fitted which makes the V6 burble a bit louder when compared to a factory system. There is a slight leak from the front downpipe, which can induce a slight drone on start up.
The car comes equipped with a 5 speed manual gearbox which increases driver involvement.

Suspension is in good condition and at the moment no components need replacing. The car received new front track rods and lower engine mounts during ownership. Brake fluid was changed less than 1000 miles ago. Brakes and pads are still in adequate condition.

Electrically the car is in good condition, everything is working as it should. A new battery was fitted half a year ago.

Got something to discuss?